140 countries will phase out HFCs. What are these and why do they matter? 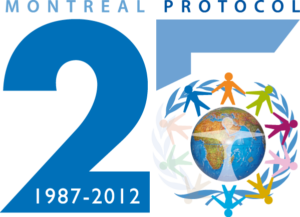 On Oct. 14, 140 countries meeting in Kigali, Rwanda, agreed to reduce emissions of hydrofluorocarbon (HFCs), a potent greenhouse gas used as a coolant in refrigerators and air conditioners. Scientists estimate that the new Kigali Amendment could help to avoid 0.5 degrees Celsius in additional global warming before the end of the century.

Instead of negotiating a stand-alone treaty, countries decided to amend the 1987 Montreal Protocol, which aims to prevent depletion of the ozone layer to protect humans from ultraviolet radiation. The United States, Canada, Mexico and the Maldives first raised the alarm about HFCs in 2009, during a meeting of the Montreal Protocol. The HFC agreement came after eight years of discussions and formal negotiations.

HFCs don’t actually harm the ozone layer, so why use an ozone treaty — rather than the 1997 Kyoto Protocol? Here are five things to know about the new Kigali Amendment and what it means for the future of climate protection.

HFCs are “super global warmers” because they have a global-warming potential hundreds or thousands of times higher than carbon dioxide per ton, yet they have no impact on the ozone layer. In fact, until the past two years, China, India and Brazil opposed amending the Montreal Protocol to control HFCs, claiming that the Kyoto Protocol would be the more appropriate treaty.

Even though HFCs represent a tiny fraction of global warming gases in the atmosphere, they potentially could contribute up to a quarter of the increase in global temperatures projected by the end of the century. A recent study shows that if countries don’t manage to control HFCs, by 2100, global temperatures will be 0.3-0.5 degrees Celsius higher.

2) So why amend the Montreal Protocol to control HFCs?

HFCs became the most widely used coolant in air conditioning and refrigeration worldwide because the Montreal Protocol successfully phased out older chemicals that harmed the ozone layer as well as the climate. Proponents of an amendment to the Montreal Protocol argued that the protocol is responsible for the widespread use of HFCs, even though they are in the Kyoto Protocol’s “basket” of greenhouse gases. Legal negotiators from the United States successfully used a provision of the Montreal Protocol’s parent treaty, the 1985 Vienna Convention, to justify the legal basis for an HFC amendment.

The Montreal Protocol provides technical and financial assistance to developing countries to help achieve their phaseout and phase-down targets. Developing countries have 10 additional years to meet the emissions targets. The ozone regime also has a long history of participation from the chemical industry and downstream industries dating back to the 1980s, unlike the Kyoto Protocol, which has been contested by the fossil fuels industries. The Montreal Protocol’s proven track record of reducing chemicals that harm the atmosphere made it a sensible and efficient vehicle for phasing down the consumption and production of HFCs.

3) How does the Kigali Amendment relate to other climate change agreements?

The Kigali Amendment comes at a time when countries have completed a trifecta of agreements to combat climate change. In December 2015, more than 190 countries adopted the Paris Climate Agreement and formalized a target of keeping global warming to within 1.5-2 degrees Celsius above preindustrial levels.

These agreements suggest that tackling climate change on a sector by sector basis is an effective approach. And many researchers consider the Montreal Protocol the most effective climate protection treaty ever because the ozone-depleting chemicals it helped to phase out had considerable global warming potential.

Under the Kigali Amendment, the Montreal Protocol will help reduce HFCs without modifying their status in the U.N. climate change regime. This proved to be a contentious issue because China, India and Brazil initially preferred to keep discussions of HFCs within the U.N. climate regime, which explicitly acknowledges that developed and developing countries have different responsibilities in mitigating climate change.

) What role did industry play in the Kigali Amendment?

Besides the institutions of the ozone regime, stakeholders and governments expect that multinational chemical companies (e.g., DuPont, Honeywell, Daikin Industries) will continue to play an essential role in helping countries to switch to alternate chemicals in their domestic refrigeration and air conditioning industries to meet the new requirements. Honeywell was one of the first companies to push for an HFC amendment and has developed a new refrigerant with no ozone-depleting or climate-warming potential, while Daikin developed a new HFC that has a low impact on the climate. Perhaps the biggest driving force behind the success of the Montreal Protocol has been the support of U.S., European and Japanese companies for new regulations on ozone-depleting substances, which has now translated into support for the HFC amendment.

5) What’s next in the climate negotiations?

Given the track record of the Montreal Protocol, there is good reason to be optimistic about the Kigali Amendment. The agreement further solidifies a sectoral approach that countries have been pursuing to mitigate climate change. There’s more work to be done, clearly, as fossil fuels continue to be the major energy source in developing and developed countries. But the sectoral approach to climate protection, coupled with the Paris Climate Agreement, seem to provide a framework for achieving real mitigation goals in the coming decades. 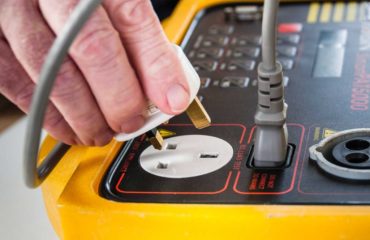 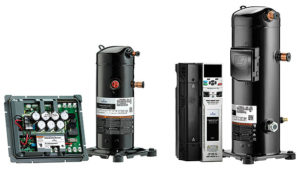