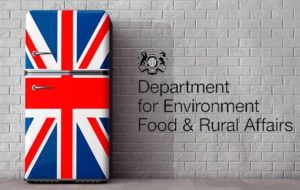 Companies and individuals who breach the F-gas regulations could face fines of up to £200,000 in new civil penalties being considered by DEFRA.

The UK government responsible for administering the F-gas regulations, DEFRA (Department for Environment Food & Rural Affairs) has opened a consultation to gather views on the proposal to introduce civil penalties from April next year in England and Scotland. It would also apply to offshore hydrocarbon installations in marine areas.

Industry and green groups have voiced concerns that the current penalty measures for contravening the F-gas regulations do not provide sufficient deterrent against non-compliance. Currently, an enforcement notice carries no financial penalty and if the recipient then complies, no further action is usually taken.

“While criminal prosecutions can carry substantial penalties, they are used relatively infrequently, in part because they can be resource-intensive and costly to pursue,” says DEFRA. “Some may feel, therefore, that there is little risk or little to lose from not complying,” it admits.

The civil penalties would apply to a range of F-gas contraventions. The deliberate release of F-gases would remain as a criminal offence but there would still be the option to apply a civil penalty in such cases instead.

Four groups of penalty are proposed ranging in scale from £1,000 to £200,000 based on the seriousness of the infringement and the size of the business.

The maximum fine of £200,000 could be applied to offences such as the intentional release of F-gases to atmosphere, breaches of the quota limits for placing HFCs on the market, and failure to comply with an enforcement notice.

Fines of up to £100,000 are proposed for offences where the impacts are likely to be less severe, but emissions of F-gases are still likely. This would include contravening F-gas requirements and procedures for minimising emissions or leakage of F-gases and recovering F-gases from equipment. It would also be levied on non-F-gas certified people handling F-gases or on those not fulfilling the requirements to register for and verify quota usage.

More minor breaches such as not reporting within the prescribed deadline on F-gas production, import, export, destruction and feedstock usage could carry a maximum fine of £10,000

Civil penalties would not be introduced in Wales and Northern Ireland, as those devolved administrations have decided not to adopt civil penalties at the moment.

The consultation is open to all interested parties, with responses required by 24 November 2017. 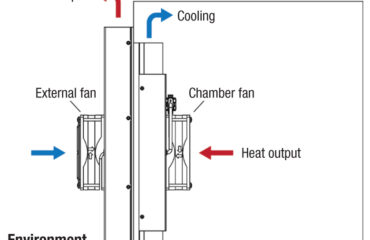