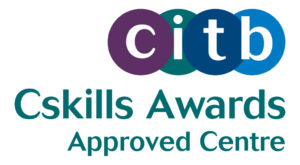 A man has been jailed for 18 months and recommended for deportation for working in the UK illegally and falsely obtaining skills certification cards, following a CITB investigation.

He then used the cards to work on various building sites across London and Milton Keynes.

The Luton-based man also used a number of fake names in order to work illegally in the UK.

Mr Multani was arrested by Home Office immigration enforcement officers in February but failed to answer his bail. He was then arrested again on motoring offences, after which it was discovered he was wanted by police.

Mr Multani pleaded guilty last month to eight charges including misuse of identity documents and fraudulently obtaining leave to remain in the UK.

Its fraud investigator Ian Sidney, who led the investigation into Mr Multani’s cards, revoked his CPCS card in February after the tip-off from the Home Office.

Mr Sidney said: “The risks these people pose when illegally working in the construction industry are huge.

“Fraud is incredibly damaging to the reputation of the industry, and worse, it puts people’s lives in jeopardy.

“Building sites can be hazardous if workers do not have the relevant training and qualifications.

“We simply will not tolerate any illegal activities and will continue to work with the police to prosecute fraudsters.”

Thousands of construction workers had their CSCS cards revoked in January following an investigation into card fraud at five test centres.

A total of 4,615 cards have been taken away by the CITB as part of an ongoing probe after the BBC’s Newsnight revealed in October that workers were paying cash to fraudulently pass CSCS tests.

Trustmark to build further consumer protection expertise on its board