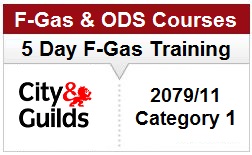 The rapidly-approaching F-Gas bans and quota reductions will requires a change to lower-GWP (Global Warming Potential) refrigerants and a change in system architecture, but the message is not yet getting through to end users.

That is the view of speakers at RAC’s F-Gas Question Time last Thursday, who agreed that more must be done by the suppliers to get customers to understand the severity of the situation.

Consultant Ray Gluckman said: “There is a lot more action required from the industry – we won’t meet the phase-down quota if we simply wait for the bans.”

Suppliers said that one of the reasons why there seemed to be reluctance among customers was the increased price of the new HFO blends.

Mr Gluckman noted that while supermarkets had led the industry in moving to lower-GWP refrigerants for new equipment, it was slower in converting its existing estates. “The retail sector needs to contribute – they drive the market” he said.

With refrigerant manufacturers Chemours and Honeywell both preparing to launch mildly flammable HFO blends later in the year, and AC supplier Daikin starting to roll out R32 in split systems, there was agreement that the long-awaited revision to the EN378 standard, expected in October, would boost customer confidence. The new EN378 sets out the charge limits for mildly flammable refrigerants, categorised as A2L, and sets out new risk management methods by which flammables can be used.

Mr Gluckman warned again that the forthcoming drop in HFC quota in 2018 – a cut of 44 per cent on 2017 – would have an impact on the price of higher-GWP refrigerants such as R404A. He said: “It can only mean a massive jump in prices.”

Robert Kebby of Honeywell (pictured) said that the message needed to be spread widely that the market must change. He said: “We expect there to be shortages in 2018 when the quota drops, and that will not be good for the industry. It is our job to make the changes as painless as possible. We need to get the message to governments and to consultants as well as to end users that they need to change.”

Siemens PLC Feature Can Be Exploited for Evil – and for Good