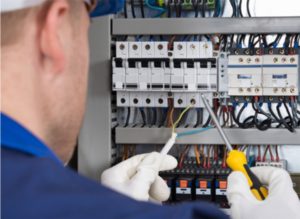 SAFETY fears have been raised after it was revealed an estimated 100 unqualified electricians are operating in Renfrewshire and East Renfrewshire.

Experts at the Electrical Contractors’ Association of Scotland, known as SELECT, have warned that rogue workers are potentially putting members of the public at risk.

As part of its campaign to regulate the profession, SELECT undertook a research exercise which suggests 33 unqualified electricians are operating in East Renfrewshire, with around double that number in Renfrewshire.

Officials at SELECT have now written to the Scottish Government to provide a chart showing the number of likely unqualified electricians trading in each local authority area, plus details of the search criteria used.

Newell McGuinness, managing director of SELECT, said: “Our research has established that there are significant numbers of individuals trading as electricians without holding qualifications.

“This is an issue which the Scottish Government must address as a matter of urgency.

“The opinion submitted previously from our constitutional law experts has established that the government has the power to act.

“The vulnerable, the young and the old must be protected from rogues who do nothing to help our economy. These people do not train apprentices, they often avoid paying proper taxes and, more likely than not, carry out unsafe and potentially dangerous work.”

He added: “We continue to explore options with key stakeholders, including industry, unions and education providers, over what might be able to be done in relation to protecting and empowering consumers when they make decisions around the provision of electrical works in their homes.”