Further F-gas emission reductions and tougher action on non-compliance will be required if the UK is to achieve a net-zero greenhouse gas emissions target by 2050.

The contribution of the refrigeration and air conditioning sector is a key element of today’s report – Net Zero – The UK’s contribution to stopping global warming – published by the Committee on Climate Change (CCC).

The CCC report calls for a more stringent decarbonisation target, urging net zero greenhouse gas emissions by 2050. The committee maintains that the new target can be delivered for about the same cost as the current 80% target.

While the UK is committed to reductions under the EU F-gas regulation, delivering a reduction of 68% in F-gas emissions between 2015 and 2030, the CCC report says further reductions will be required in order to reduce F-gas emissions to near zero by 2050.

“Existing and future F-gas regulations will only deliver the expected abatement if appropriate compliance measures are in place,” the report says.

The report supports concerns raised by the government’s Environmental Audit Committee, which claimed last year that the Environment Agency is under-resourced and failing to adequately investigate “large levels of non-compliance” with the F-gas regulations.

The CCC recommends increasing the number of inspections, expanding training for workers who handle refrigerants, and regularly reviewing the effectiveness of the compliance regime, including the impact of new civil penalties for F-gas breaches.

It also calls for increased training and certification for F-gas users. In particular it recognises that the current F-gas regulations and MAC directive do not require retrospective training for workers trained under previous regulations, and allows untrained members of the public to top-up their own car air conditioning units with high GWP refrigerants.

“The Government should consult with industry and bring forward proposals to ensure that all those who handle refrigerants have up-todate training,” it says.

The committee recognises that some areas of the RACHP market are already making “very good” progress in adopting ultra-low GWP alternative refrigerants, particularly in small sealed and multi-compressor commercial refrigeration, chillers and mobile air conditioning units in cars and vans.

Some sectors, however, have no current low GWP alternative. R32 is expected to be the dominant HFC refrigerant in 2040 but there is little current progress towards an alternative, the report says. 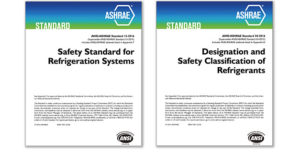 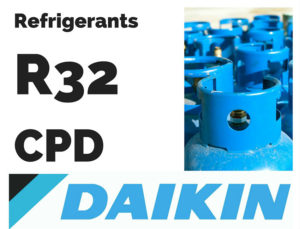 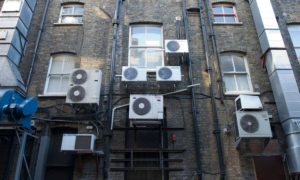