Pipelines, water and wastewater, power and other process industries rely heavily on SCADA systems for monitoring and control. ISA112 standards will focus on cross-industry best practices. 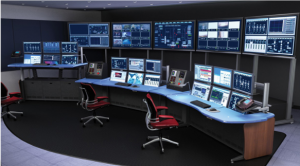 Supervisory control and data acquisition (SCADA) systems have long served a vital monitoring and control function throughout process industries. Some argue, in fact, that the Industrial Internet of Things (IIoT) is essentially the already common SCADA infrastructure. And with growing IIoT relevance and popularity in industry, as well as the cybersecurity concerns that come with it, there is also a need for standardization around those SCADA systems.

With that in mind, ISA’s Standards & Practices (S&P) board has approved a new committee to develop standards and technical reports geared toward improving the overall reliability of SCADA system design, installation, integration and operation for such process industries as oil and gas, water and wastewater, and power.

“With the increased connectivity of the wide range of devices used to monitor and control our environment, SCADA systems are becoming a more important part of today’s control infrastructure,” said Ian Verhappen, S&P board member and senior project manager of automation at CIMA. “SCADA is so ubiquitous, but everyone does it their own way. But there are a lot of general principles that all of them use, and that is what we’ll try to capture, and what we’ll try to document.”

Initially proposed a couple years ago by Greg Lehmann and Ram Ramachandran, when the idea for the SCADA committee came up again, ISA decided to survey the automation community, where they got overwhelming support. “We had 80+ people responding, and over 80 percent said go for it,” said Verhappen, who led the survey and analysis for the S&P board. Several of the survey respondents also indicated that they’d like to help out with the standards, he added, which of course is key for getting the standards done.

Although there are standards around SCADA, including Ethernet standards and protocols, security, HMI, alarms, etc., Verhappen said, “there’s not really anything to tell you how to put all these pieces together.”

ISA112, SCADA Systems, will provide guidance for doing that effectively and reliably. “Documenting best practices in a range of industries will likely end up being the lion’s share of the work in ISA112,” said Greg Lehmann, who will serve as the committee’s managing director. “However, the first order will be to focus on the basics and the multi-industry and inter-industry aspects of SCADA systems—that is, definitions, terminology, normative/informative references and common hardware.”

“SCADA is so ubiquitous, but everyone does it their own way. But there are a lot of general principles that all of them use, and that is what we’ll try to capture.”

Another factor behind the need for SCADA standardization are concerns about the knowledge gap that could be left behind as Baby Boomers retire from automation. “The old guys like me and Greg Lehmann and Ram [Ramachandran], we’re closer to the door,” Verhappen says. “So this is almost a tutorial for the young people. We need to capture that knowledge before it’s gone.”

Lehmann, S&P board member and also process automation technical manager, engineering and O&M, oil and gas, for AECOM, has previous experience starting up a new committee as founding co-chair of ISA101, Human-Machine Interfaces.

The ISA112 effort will also be similar in scope to ISA108, Intelligent Device Management, Verhappen said, which he initiated along with Herman Storey about four years ago. The ISA108 committee has issued Part 1 of the standards, and will be meeting during the ISA Leaders Meeting in late September.

The ISA112 committee will hold its first meeting, also in conjunction with the ISA Leaders Meeting, Sept. 27, 8 a.m.-12 p.m.