You have the hot, humid workshop floor of a printing company to thank for this comfort-enhancing technology. 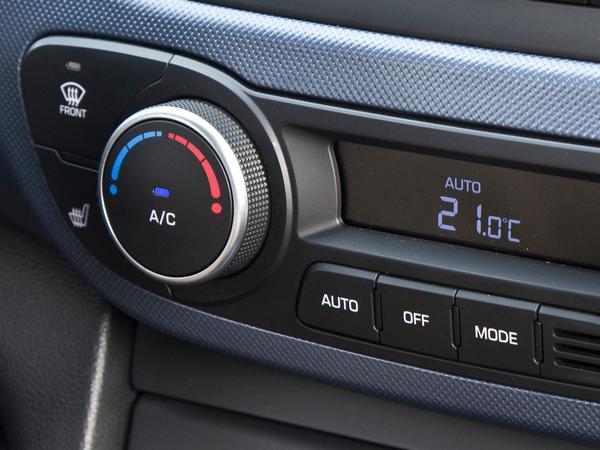 In hotter, more humid climates the introduction of air conditioning came as even more of a godsend. Drive a car through Florida, relying only on ambient air for cooling, and you’ll soon be enjoying a swimming pool of your own creation.

The concept of using evaporative cooling, employed in the old ‘swamp coolers’ you’ll often see hanging off the side of classic American cars, dates all the way back to ancient Egypt – with air being passed through evaporating water to alter a room’s climate.

Unsurprisingly, however, the concept of the modern air conditioning systems originated from America. Its development wasn’t a result of seeking improved comfort, mind, but the result of problems with paper stock. The Sackett & Wilhelms Lithography & Printing Company, based in New York, was having problems with its paper – as the humidity in the print rooms varied, the paper would shrink or expand.

This might sound like a relatively minor issue but, for S&W, it was a serious one. Because the company was trying to print multi-colour documents, in which the colours were applied one at a time, the minutely shifting dimensions of the paper wreaked havoc with the quality of each print. Production was being delayed, quality was falling, and wastage was going through the roof.

Engineer Willis Carrier, who worked for the company brought in to resolve the issue, set about fabricating a solution. After all, existing technology let engineers control air temperature and alter the humidity of the air – but precise control of these myriad factors, particularly humidity, had not been achieved.

Carrier subsequently developed precision heating and chilling coils, which could precisely regulate air temperature and therefore help control the moisture content in the air. His research and designs, detailed in drawings dated July 17th 1902, resulted in the first production electrical air-con system. It was fully operational, at the Sackett & Wilhelms plant, in early 1903. It reputedly maintained plant humidity at 55 per cent, resolving the stock size issue, and was claimed to have a cooling effect equivalent to that of melting around five tonnes of ice each day. He also came up with the concept of an automatic regulation system, so no operator input would be required. Or, as we dub it today, climate control.

Air conditioning systems, as the technology developed, began to make their way into public buildings – and, once the general public had experienced that cooling chill, it became a much-appreciated and desired luxury. As refrigerants developed and the hardware began to get more manageable, more sectors benefited from the system.

Naturally, given their enclosed cabins, applying the technology to cars was a logical step. In 1930, a company called C&C Kelvinator built an air conditioner that was installed in a customised Cadillac. As you may expect, it wasn’t exactly subtle – with a huge compressor unit slung out back. Size and complexity meant that this remained a bespoke, expensive solution.

Further developments led General Motors, for its upmarket Cadillac brand, to take more interest in air conditioning. Similarly, Packard – often cited as being the best luxury automobile manufacturer – saw air conditioning as a useful addition to its line-up. By late 1939 it had finalised a design and, beating GM to the punch, introduced its ‘Weather-Conditioner’.

The system, construction of which was contracted out to Bishop and Babcock manufacturing, cost $274 when it went on sale in 1940. Today, that’s equivalent to over £4000. Despite the hefty price tag, around 2000 Packards were equipped with air conditioning.

It was much the same as that you’d find in a car today, with a compressor, condenser, evaporator and drier; only one control was fitted, though, which regulated fan speed, and there was no temperature control. If you wanted to switch it off, you had to manually remove the compressor belt as no clutch system was fitted.

The complicated and primarily boot-mounted set-up was withdrawn after 1941 but the concept had been proven to work and, as technology progressed, other manufacturers picked up the baton after the war.

More practical set-ups were introduced in 1953 by GM, Chrysler and Packard and, in 1954, Nash – in conjunction with home appliance company Kelvinator – introduced a compact, front-mounted clutched system. The ‘All-Weather Eye’ was cheaper, smaller and weighed around 60kg, half of some other systems.

By 1964, Cadillac had introduced a climate control system called ‘Comfort Control’. Like today’s systems, all the driver had to do was pick the temperature and the system would strive to attain and maintain the desired climate.

In any case, as the race to improve passenger comfort gathered speed, air conditioning became far more common. As the original Packard advertising proudly stated, ‘Costs extra, but you’ll bless it every mile you drive!’ 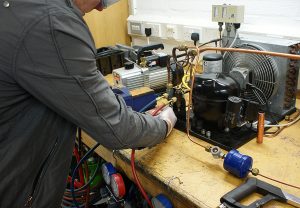 Do You Use Refrigerant Leak-stop Agents?