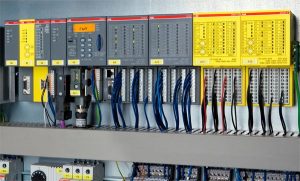 According to the latest research study released by Technavio, the global programmable logic controller (PLC) software market is expected to reach more than 484 million in revenue by 2020.

“Therefore, end-users are demanding robots, motion controllers, and PLC to be programmed in familiar PLC languages, so that it can be easily understood by machine builder programmers and maintained by end-user’s service personnel.”

As automation applications continue to grow, two distinct areas of industrial control systems, namely robotics and motion are merging in terms of deployments. Robotics is a path dependent on event-based application.

Motion control is typically a scan-based velocity or positioning application. The user interface in robotics is teach-pendent centric, and motion control uses programming methods such as ladder logic and FBD.