An MSP is helping leading safety charity Electrical Safety First to raise awareness of the dangers of electricity to Scotland’s ageing population.

Clare Adamson MSP for Motherwell and Wishaw has put forward a Motion in Holyrood to highlight a report – Age Safe Scotland: Electrical Safety in an Ageing Society – produced by the charity.

The report – which has been distributed to all MSPs – shows that older people tend to be owner-occupiers (72 per cent), often living in homes lacking important electrical safety features. Critically, Scotland’s quality standards for social housing and the private rented sector don’t apply to people who live in, and own, their home.

But even if they don’t remain under their own roof, older people are still at risk, as Scottish care homes are not legally required to carry out mandatory electrical safety checks. Yet in 2014-2015, there were 81 fires with an electrical source in Scotland’s care homes and the number of fires in the sector has increased over the last five years.

The personal cost of electrical accidents can’t be calculated but Electrical Safety First found that injuries caused by an electrical fault costs Scottish tax-payers around £8.9 million each year. However, a third of this (£3m) is spent on older adults – who only represent 18 per cent of the total population. To put this in perspective, the average cost of a hospital admission for someone over 65 is comparable to the weekly cost of 28 people living in a care home.

“The vast majority of older people want to remain in their own homes but as this report makes clear, unsafe electrics can make that a very risky business”, explained Clare.

“Our ageing population will see a significant increase in age-related illness and frailty with, for example, growing numbers suffering from dementia – and this report also found that electrical safety is a key issue for carers when leaving a person with dementia on their own. We have a duty of care to our older people and I applaud Electrical Safety First for highlighting this issue.”

The charity’s report makes a series of recommendations to the Scottish Government, including a call for free, five yearly electrical safety checks for all households with one person of pensionable age. It has also recommended mandatory checks in the social housing and care sectors and argued for the installation of Residual current devices (RCDs) – which rapidly cuts the current to reduce the risk of electric shock – in all PRS homes.

“Over the last 6 years we have made over £90k available to Care and Repair Agencies in Scotland, to improve electrical safety in older people’s homes”, said Phil Buckle, director general of Electrical Safety First. “But as this report makes clear, there is much more that needs to be done to protect Scotland’s ageing population. We hope the Scottish Government will take note and act on its recommendations.” 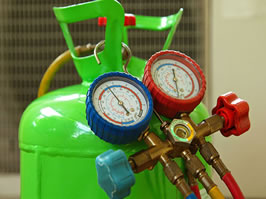