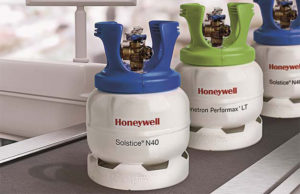 Despite figures that suggest Europe is within the F-gas phase down limits, concerns remain that industry is failing to switch fast enough to low GWP refrigerants.

Key speakers at last week’s first Eureka 2016 conference in The Hague repeated calls to act now and warned that we may already be too late to avoid major refrigerant price increases and shortages.

Often repeated concerns regarding the well-publicised “cliff” in 2018 – the year in which consumption plummets to 63% of the baseline – were given extra urgency by UK consultant Ray Gluckman.

Although the 2018 reduction is 37%, he told the audience of 150 industry leaders that EPEE had calculated that as this was also the year that pre-charged equipment was to be included the figure was more like 44%.

He suggested that far more attention and action is required if 2018 isn’t to be “an absolute disaster”.

The “act now” message was echoed by Georgios Patkos, former technical director of Belgian supermarket group Delhaize, who blamed the current situation on a lack of proper leak management in the past. He appealed to companies to strive for 0% system leaks, irrespective of the GWP of the refrigerant.

AREA president Per Jonasson praised the European F-gas and Kigali agreements, saying they were good for business and end-users but also warned that time was running out to switch to lower GWP refrigerants: “Don’t wait, act now,” he said, “We are already too late.”

According to Honeywell’s director of regulatory affairs Tim Vink, the apparent stockpiling in 2014, the year before the European F-gas phase down entered into force, has disrupted the market. The doubling of imports in 2014 had caused a lot of problems and “had cast a shadow over the market,” he said.

Vink also warned that the same thing would be repeated under the new Montreal Protocol phase down agreements and asked that countries who make early moves to phase down receive credit.

A lack of enforcement was identified as a major barrier to the European F-gas phase-down. Tim Vink expressed concern that new entrants can start up, claim quota, exceed quota, then go bankrupt. Established refrigerant distributors were suffering as a result, he said.

“Lets get together and make sure enforcement is a high priority,” he pleaded.

Cornelius Rhein, the EC’s policy officer of DG Climate Action, promised improvements to European customs controls in an effort to beat the cheats. In addition to the customs codes for individual refrigerants, the EC was working towards extending this to include customs for pre-charged equipment.

The conference organised by EPEE in association with EVIA covered a range of topics. In addition to the impact of the F-gas rules, the conference also looked at the role of refrigeration in reducing food waste, indoor air quality and energy efficiency in buildings.

CILS Announces the Change of the F-Gas ‘Leak Check’ Regulation 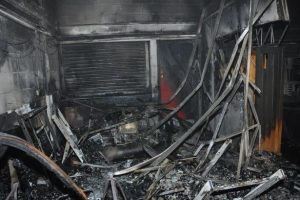 Six ways UK employers can benefit from the Apprenticeship Levy.