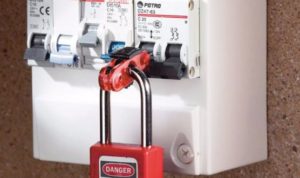 Electronic isolation is a means of preventing the transfer of direct current (dc) and unwanted alternating current (ac) between two parts of a system while still enabling signal and power transfer between those two parts. This kind of isolation is required in a number of instances, such as:

Communicating with high-side devices in a motor drive or power-converter systems.

There’s a need for an efficient, affordable, and compact isolation solution for industrial equipment. A fully integrated signal and power isolation product that’s now available brings a number of benefits to system design, including reduced board space, ease of certification, and simpler design. This article introduces isolation methods and a modern integrated approach.

One rather obvious method of electrical isolation is to use a transformer. The primary and secondary windings are electrically separate, and power transfer is strictly by way of magnetic induction rather than current flow. A transformer is still a key part of isolation methods, and is the approach of choice for dc power isolation.

While transformers can be used for signal transfer, they’re limited in speed, and are bulky and expensive. Other choices are available, though. One isolation method that’s been around for years is optical isolation, and it involves an integrated circuit called an optocoupler. It’s made up of an infrared LED and phototransistor, usually a BJT with an open collector. In some devices, a separate photodiode detector is used. With no input signal, the LED is dark and the phototransistor is off, so the external pull-up resistor produces a high output.  When an input signal is applied, the LED turns on, the base of the phototransistor is illuminated, and it produces the bias that turns the transistor on. This causes the output to go low.

Optocouplers work well and provide good high-voltage isolation up to 5 to 10 kV. Their main disadvantage is speed of operation in some digital systems. Today, a newer form of isolator using capacitive connectivity is now available.

Digital isolators use silicon-dioxide dielectric capacitors as the isolation method. However, because the capacitance is restricted by the physical limitations of an integrated circuit, special techniques are used to ensure the fast transfer of energy. One technique is edge-based and the other employs on-off keying (OOK) modulation.

A typical digital isolator is made up of a transmitter (TX) section and a receiver (RX) section. They’re isolated by the capacitive coupling. Figure 2 shows the edge-based method. A single-ended input signal to be transmitted is first converted into a balanced signal that then passes through the isolation capacitors. In the lower path, the received signal is differentiated into narrow pulses. Comparators and a flip-flop process these pulses into pulses that are applied to a multiplexer (MUX), which provides the output. Note that the input signal is also sent to the upper low-speed path, where it pulse-width modulates a higher-frequency oscillator. The pulse-width-modulation (PWM) signal is converted to a balanced signal and passed through the isolation capacitors, where it’s processed back into pulses. A low-pass filter (LPF) filters out the high-frequency PWM and recovers the original signal. If the input signal is too low in frequency, a decision logic circuit (DLC) detects the situation and switches the multiplexer to the low-frequency path.

Figure 3 shows the OOK method. The single-ended signal is sent to an AND gate along with an oscillator using spread-spectrum techniques to modulate the input. The resulting higher-frequency signal is converted to balanced form and passed through the isolation capacitors. On the receive side of the IC, the signal is conditioned and amplified. Then an envelope detector extracts the original signal for output.

A good example of a need for isolation is that of a PLC in a factory-automation setup. PLCs are widely used in industry to monitor and control a variety of machines. The PLC gets its inputs from sensors that measure temperature, pressure, position, and other physical characteristics. These sensors are commonly remote from the PLC itself, meaning long cable runs. This situation usually creates ground potential differences that can skew sensor data and introduce errors. Some form of isolation is needed to ensure accuracy.

Figure 4 shows how isolation is achieved. The sensor signal is usually conditioned by filters, protection circuits, and an amplifier. The resulting analog signal is digitized by the ADC. This is the data signal that’s needed by the PLC processor to make its decisions. Note that a capacitive-coupled digital isolator is used to eliminate any errors due to ground loops.

Another application example is the need to isolate one system from another while providing communications between the two. PLCs, computers, special controllers, and other equipment are required to talk to one another for automation purposes. The RS-485 interface standard is widely used for such communications.

This application uses a differential twisted-pair cable in runs that can be as long as 4000 feet. Such long runs are subject to all sorts of noise pickup and can interfere with operations. The differential signals help mitigate noise, but it’s still a problem. Ground loops are another issue. The solution is digital and power isolation of the RS-485 interface shields the processors from any possible noise and high-voltage signals.

As the demands increase for industrial applications, it generally means that more features to the system need to be added. This puts more pressure on the power-management system to power the various circuits for optimum performance without raising equipment temperatures. Many of these industrial applications also require data and power isolation to protect the low-voltage side from the high-voltage side of a system. 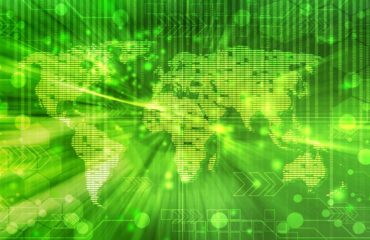 The challenge of nailing IT security in an OT World

RCPE – Are you on the Register? 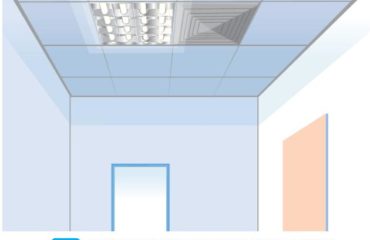