What does mass urbanisation mean for electrical fire safety?

Over the past few decades, we’ve witnessed an incredible increase in the world’s population – and it’s likely to continue to grow at a rapid pace. According to the World Popular Prospect report by the United Nations, the world’s population is projected to increase by slightly more than one billion people over the next 13 years, reaching 8.6 billion in 2030. It will increase even further to 9.8 billion in 2050 and 11.2 billion by 2100. 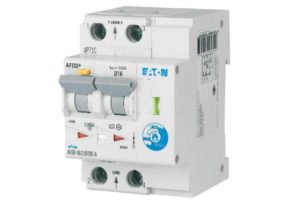 This mass expansion raises a multitude of questions and concerns – the majority of them focused around the question of where 11.2 billion people will go. The answer? To the cities.

There are currently more than 400 cities worldwide that have a population between 1 and 5 million. More than 40 cities have 5 to 10 million people, and there are 32 ‘megacities’ with more than 10 million inhabitants. By 2030, a projected 730 million people will live in megacities, representing 8.7 per cent of people globally.

While the idea of mass urbanisation is not particularly new, there’s no doubt that recent innovation and advances in technology have enhanced and supported the liveability, sustainability and productivity of today’s small, medium and large cities. In recent years, this innovation has been taken to a whole new level. Many cities have gone as far as adopting an extensive network of connected technologies to make everyday life more convenient for their inhabitants.

An example? Barcelona. The Catalan city has recently made a name for itself as one of the most connected cities in Europe. Over the past few years, city planners have developed an extensive network of sensors to help monitor and manage traffic, resulting in a 21 per cent city wide drop in congestion. Beyond that, they’ve also installed smart parking technology, comprehensive WIFI, smart streetlights and connected sensors to monitor noise and air quality throughout the many neighbourhoods.

Yet regardless of innovation, with their high-density populations and intricate network of electronics, large cities are still fundamentally predispositioned to a higher level of threat. And as urbanisation continues and cities evolve to become more populated and complex, many of the threats we see today will continue to wreak havoc moving forward. This includes a major threat that is often overlooked – fire.

According to a recent report by the Federal Ministry of Labour, Social Affairs and Consumer Protection, over 25% of all fires in Europe – every year – are caused by an electrical defect. Despite huge advances in safety measures such as smoke detectors, these accidents still result in 4,000 deaths, 70,000 hospital admissions and property damage rising as high as €126bn.

One of the main causes of electrically ignited fires is an arc fault, an electric micro lightning that can develop quietly over time, creating a hidden set of conditions that escalate without any obvious sign of danger. While many believe that traditional circuit breakers, as commonly found in homes, offices, and factories, provide full protection though detecting earth fault currents, short-circuits and over-current hazards, that isn’t necessarily the case.

The best defence against electrically ignited fires is an arc fault detection device (AFDD). An AFDD is a tool that provides full protection and enhances consumers’ peace of mind against fires ignited by electrical installations. These devices work by digitally monitoring the wire for specific frequencies that can indicate an arc fault. They can be installed alongside traditional circuit devices like miniature circuit breakers (MCBs), which use thermal and magnetic detection to identify short-circuit and over-current hazards, as well as residual current devices (RCDs), which use a balance transformer to detect earth faults.

Unfortunately, while certain countries require or recommend their installation, there are no global requirements to utilise AFDDs in commercial buildings as it stands – leaving many buildings unprotected.

Looking forward to 2050, 2100 or even just 12 years away in 2030, how will we cope with the increased potential for widespread damage from electrical fires when urbanisation reaches its peak and megacities become the norm?

In order to protect human life today and tomorrow, it is imperative that we utilise the technology going into these cities to not only make everyday life easier, but to keep each and every individual as safe as possible. This can be accomplished on a global level though a wide variety of defences, including innovative technologies such as AFDDs, smart detection tools and beam protectors. In a world where there are billions of lives at stake and living in relatively close quarters, fire safety and prevention initiatives must become a priority – sooner rather than later. 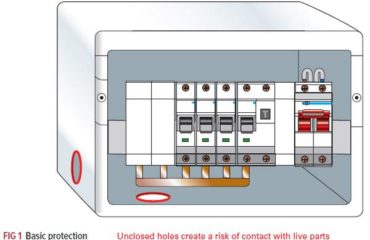 How is ADS achieved in a domestic premises? 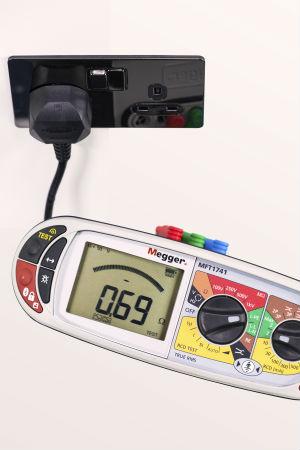 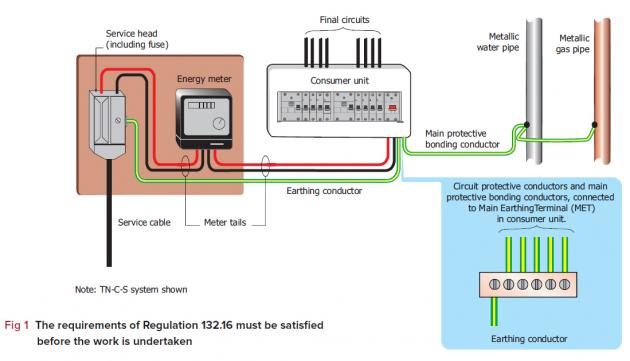