Future of the PLC 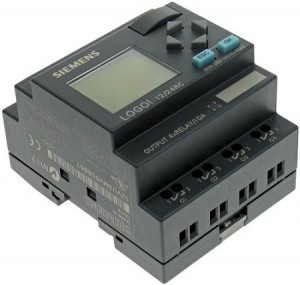 If you use PLCs or are thinking of doing so, you may consider them to be a mature technology with little room for improvement as they’ve been around for nearly 50 years. But like their close counterparts in the world of consumer electronics, significant improvements continue with no end in sight, promising faster, smaller, and lower cost solutions.

The PLC’s hardened embedded processor, running a real-time proprietary operating system, has proven to be a mainstay of the industrial automation world, fighting off all challengers to its supremacy. Microsoft Windows-based open systems have made inroads but lag behind PLCs, a trend expected to continue as the PLC with its purpose-built hardware, specially designed software, and one-supplier support model remains a solid choice for many industrial control applications.

From the beginning, when the PLC was typically replacing scores if not hundreds of relays and timers, there’s been a push to decrease automation system size and to simplify support and maintenance. Over the years the relay panels have been replaced with smaller rack-based PLCs (Figure 1), or smaller yet PLCs with remote I/O. In terms of software, ladder logic programming initially mimicked automation systems based on relays and timers, and continues to be the most widely used PLC programming language. But other options have emerged—specifically, the IEC 61131-3 suite of PLC programming options.

In the future, PLCs will continue to evolve while adapting technology improvements in hardware, communications, and software. Part of the evolution will include merging of PLC and programmable automation controller (PAC) functionality, along with advancements to span communications from the plant floor to the top floor.

Today’s processors, circuit boards, and components are shrinking throughout the electronics industry. These technology improvements are slowly making it to the PLC, although the need for stability, reliability, and ruggedness slows acceptance. Current enhancements include faster processors for improved cycle time, added memory capacity, and new communication features.

In response to market demands, many features and functions are migrating from higher to lower-end PLCs. For example, we can expect that small PLCs will evolve to include many of the features of higher-level PLCs, and mid- and high-range PLCs will offer a smaller, more compact solution to meet users’ needs.

PLCs are also taking advantage of dramatic declines in solid-state memory costs and size. This permits greatly increased local data storage, allowing the use of a PLC in many applications formerly requiring expensive data acquisition systems. It also opens the door to other features, such as the on-board storage of product information, which can expedite troubleshooting.

Today’s PLCs are already benefiting from USB technology, making it easier than ever before to get online, program, and monitor your control system. This technology is continuing to evolve, and with the availability of smaller micro and mini USB connectors, you can expect to see this communication option on more of the smaller PLCs.

Another example of a feature from the fast-moving consumer electronics world that’s quickly penetrating the industrial controls market is nonvolatile portable memory devices. These offer great benefit to the PLC customer by providing an enormous amount of additional memory in a small package. These options include USB devices to SD, miniSD, and microSD cards, adding up 32 GB of additional memory to a PLC as needed by the end user, machine builder, or system integrator.

Many industrial controller suppliers tout the differences between PLCs and PACs, but future automation engineers may not care about the nomenclature, focusing instead on performance and the available features when specifying their systems. Just as the definition and features of each have changed over the years, PLCs and PACs will continue to merge as they each evolve.

During this evolution, there will be plenty of room in the market for low- and high-end processors. With advances in hardware technology and the passage of time, it is inevitable that advanced features will make their way into the lower-end processors as well. This will in turn put pressure on suppliers to include even more features and options in their higher-end products.

Higher-speed processors and more memory will opens the floodgate for advanced features such as motion control, vision system integration, and simultaneous support for multiple communication protocols-while still maintaining much of the simplicity that makes the PLC so attractive to many users.

During this period of PAC versus PLC, we have seen a much faster advancement of both classes of the product. PACs have allowed users to stretch the envelope of what is considered traditional industrial automation, encouraging suppliers to grow products to meet their demands.

These demands have challenged product designers to find new ways to support the available components and build them into a system that will be rugged and stand up to the punishment of an industrial environment. The challenge continues with providing the connectivity, memory expansion, and processing power improvements required to handle ever more complicated applications, while maintaining or even lowering the cost of the final product.

Fifty years ago, hardwired relay logic was replaced with ladder diagram. This language kept things simple for technicians and engineers who had grown up with relay logic, but it had some limitations, particularly in terms of process control and data handling.

The IEC 61131-3 standard introduced other programming languages for industrial controllers, but ladder diagram responded with advancements of its own and has shown surprising staying power. There are applications where sequential function chart is better, particularly for process control. Structured text works well for data manipulation, and other IEC languages have their strong points. But ladder diagram forges on, and remains the leader by a wide margin in terms of PLC programming languages.

Suppliers and their customers support a large installed base of equipment controlled by PLCs programmed in ladder logic. There’s also a large group of engineers, technicians, electricians, and maintenance personnel who prefer this simple programming technology. Regardless of the hardware involved, this language has gone a long way to making the PLC the industry standard, and this trend is expected to continue.

While ladder logic is the anchor of machine control simplicity, function block programming techniques can reduce the amount of code, particularly as PLC coding merges into one programming environment. 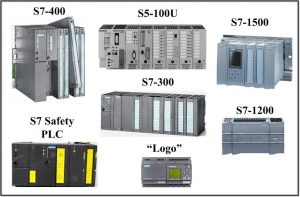