The hierarchy of controls is the core occupational safety and health approach for preventing injuries and fatalities, as well as to protect equipment. This framework has been a cornerstone to established occupational safety and health practices and standards, ANSI/ASSP Z10, Occupational Health and Safety Management Systems, and was adopted as a key concept in the 2017 edition of NFPA 70E, Standard for Electrical Safety in the Workplace. The pyramid graphic that represents the hierarchy of controls (See Figure 1) is even featured on the cover of the 2017 NFPA 70E.

Human error is inevitable. This article will go over the hierarchy of controls to help stakeholders understand how to prioritize different safety measures and where facilities often go wrong. Earlier this year, my firm, Littelfuse, surveyed 255 people whose work plays a role in a facility’s electrical safety. The survey results—coupled with industrial electrical safety research—suggest that when it comes to safety, there is a stark difference between perception and reality.

The hierarchy of controls is the pinnacle to all facets of workplace safety—especially for anything that involves arc flash because it helps engineers and facility management determine and prioritize which methods are best to ensure protection. Facility operations tend to speed up to meet work demands and yet, an up-to-date knowledge of safety standards and practices often fails to keep pace.

Despite the steady decline of electrical injuries in every industry other than mining, these are still a substantial cause of worker injury and fatalities, and accounted for almost 2,000 fatalities and over 24,000 non-fatal injuries in the U.S. between 2003 and 2012.1

These incidents are often due to a lack of awareness. This unawareness may be of the hazard itself, the proper personal protective equipment (PPE) that must be worn in that facility, or even how much time has passed since the worker last familiarized themselves with safety standards (such as NFPA 70E).

“A substantial amount of work is inappropriately taking place on or around electrical sources that are energized, that stringent guidelines for personal protective equipment are frequently flouted, and that administrative controls, such as training and pre-job planning, are implemented or practiced haphazardly,” according to the Fire Protection Research Foundation (FPRF).1

The hierarchy of controls is a fundamental and well-established approach for managing hazards in facilities. Using this approach, facilities must use the highest feasible level of control. The hierarchy starts with elimination—the most effective—and moves down to the least effective safety measure, PPE (see Figure 1). Not all hazards can be eliminated, but the closer you get to the top, the safer a facility will be.

The hierarchy of control’s methods are:

NFPA 70E follows the model of the hierarchy of controls. The standard establishes de-energization of energy sources as the preferred approach to working on or around electrical hazards, and emphasizes PPE should solely be relied upon as a last resort (or extra layer of protection). PPE is considered the least effective safety method because it focuses on the worker instead of the hazard1 and does not address the hazard’s root cause.

A comparison of the data from these two set of responses suggests that more than a quarter of people who believe they are familiar with NFPA 70E are unaware of the latest edition’s core concept. It is important to note that we cannot assume these respondents mistakenly believe they are familiar with NFPA 70E overall because we do not know which edition of the standard these respondents use, and the concept hierarchy of controls and the pyramid did not become a distinguished emphasis until the 2018 edition. Therefore, it is inconclusive how many of these respondents failed to retain the fundamentals of NFPA 70E or whether they are familiar with the standard’s latest version. Regardless of which, they both amount to a false sense of familiarity, which runs the frontlines of most incidents. Standards (as well as the Code) are updated to drive continuous improvements in electrical safety.

This is concerning because a hierarchy of controls, as The National Institute for Occupational Safety and Health (NIOSH) says, has been the traditional means of determining how to implement feasible and effective control solutions. “Controlling exposures to occupational hazards is the fundamental method of protecting workers,” NIOSH says. The hierarchy of controls is part of NIOSH’s Prevention through Design national initiative.5

The false sense of safety and awareness goes beyond mere complacency. FPRF identified a “normalization of deviance” among electrical workplace incidents.

Normalization of deviance is a process that initiates from a safety standard and then gradually deviates to what becomes an accepted practice, and effectively begins to operate as the new normal. This is significant to the point of this article’s discussion because:

NFPA 70E says a new analysis should be conducted when changes that could affect the incident energy are made to an electrical distribution system. However, just as not all people stay current on safety standards and concepts, many facilities do not likely conduct assessments when changes arise. Safe work practices must never deviate from standards.

Above 8 cal/cm2 is where relays can make a substantial improvement toward industrial arc-flash safety. A relay that decreases calories from 10 cal/cm2 to 4 cal/cm2 tremendously impacts facility safety.

Studies of high-risk industries indicate human error is often a root cause of incidents.2 For example, a contributing factor to many electrical injuries is failure to use appropriate PPE for electrical safety work.3

NFPA 70E Article 130.5 states that an arc-flash risk assessment shall be performed to:

FPRF said that the practice of placing machinery and equipment in a deenergized state for troubleshooting merits additional research and safety training. “Of course,” FPRF said, “efforts to promote prevention at the top of the hierarchy of controls, particularly through designing out hazards in the first instance, must remain a priority focus.”1

Facilities must maintain this responsibility, while not losing focus of the top of the pyramid.

Facilities should implement designs focused on the reduction of human error. Nobody should assume that their awareness or knowledge of a situation or topic is complete. And, the elimination of all electrical hazards is not always possible. The next best option is to implement a substitution method, such as resistor monitors, current-limiting fuses, indicating fuses, or electromechanical relays. Otherwise, use engineering controls such as arc-flash relays. Electrical systems with hazard elimination or mitigation built into the equipment is the straightforward approach to preventing electrical incidents—especially arc flashes—that often destroy equipment and injure or kill workers. 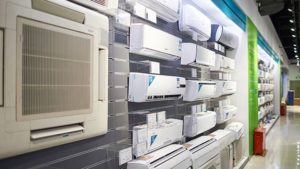 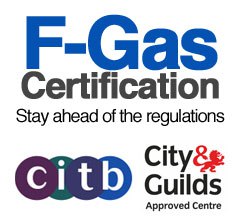